Grand Theft Auto: Vice City is a 2002 action-adventure game developed by Rockstar North and published by Rockstar Games. It is the fourth main entry in the Grand Theft Auto series, following 2001’s Grand Theft Auto III. Set in 1986 within the fictional Vice City, based on Miami, the single-player story follows mobster Tommy Vercetti’s rise to power after his release from prison and being caught up in an ambushed drug deal. While seeking out those responsible, he slowly builds an empire by seizing power from other criminal organisations in the city.

The game is played from a third-person perspective and its world is navigated on foot or by vehicle. The open world design lets the player freely roam Vice City, consisting of two main islands. The game’s plot is based on multiple real-world people and events in Miami such as Cubans, Haitians, and biker gangs, the 1980s crack epidemic, the Mafioso drug lords of Miami, and the dominance of glam metal. The game was also influenced by the film and television of the era, most notably Scarface and Miami Vice. Much of the development work constituted creating the game world to fit the inspiration and time period; the development team conducted extensive field research in Miami while creating the world. The game was released in October 2002 for the PlayStation 2, in May 2003 for Microsoft Windows, and in October 2003 for the Xbox.

Upon release, Vice City received critical acclaim, with praise particularly directed at its music, gameplay and open world design. However, the game also generated controversy over its depiction of violence and racial groups, sparking lawsuits and protests. Vice City became the best-selling video game of 2002 and has sold over 17.5 million copies. Considered one of the most significant titles of the sixth generation of video games and one of the greatest video games ever made, it won numerous year-end accolades including Game of the Year awards from several gaming publications. Since its release, the game has received numerous ports to many gaming platforms. An enhanced version was released for mobile platforms in 2012 for the game’s tenth anniversary. Its successor, Grand Theft Auto: San Andreas, was released in 2004, and a prequel, Vice City Stories, was released in 2006. 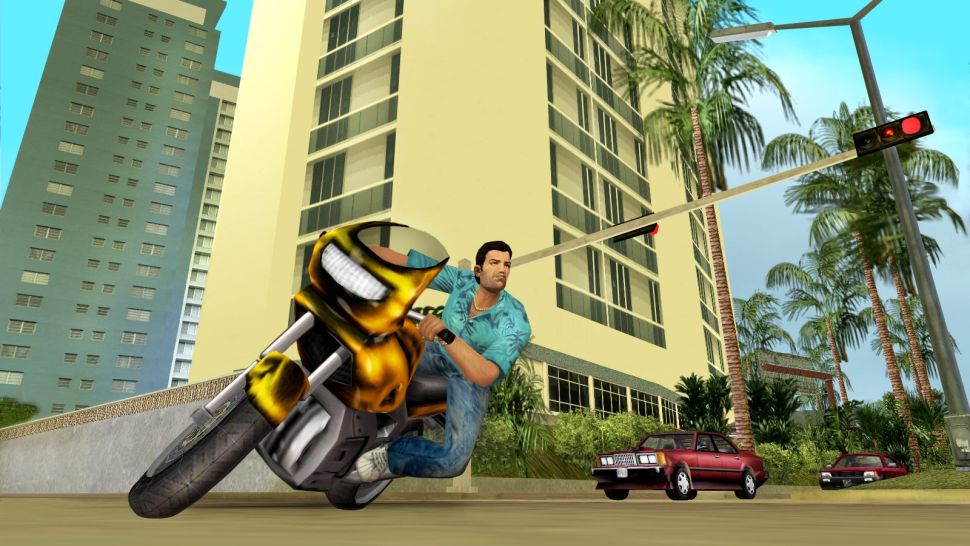