1. In the report of the Free Tree newspaper with the plot at the beginning of GTA3, the main board content is that Crowder was arrested. In fact, there are also two small easter eggs.

One is the title of the leftmost content: According to our reporter’s observation, Yakuza (the Japanese Gang led by Asuka) has an undercover agent in the Liberty City Police Station. In fact, this undercover agent is the person who issued the R point mission, known as the withdrawal. The bully Ray Machirsky, in the plot, he is Asuka's informant.

In addition, according to speculation, the reporter of our newspaper was actually referring to the voyeuristic reporter whom Asuka, the third mission of point A, asked Claude to kill.

The other is the title of the content on the far right: Luigi (the issuer of the L point mission) solemnly declares in the interview that his club is a serious club! It's non-toxic and harmless! (Really ironic) 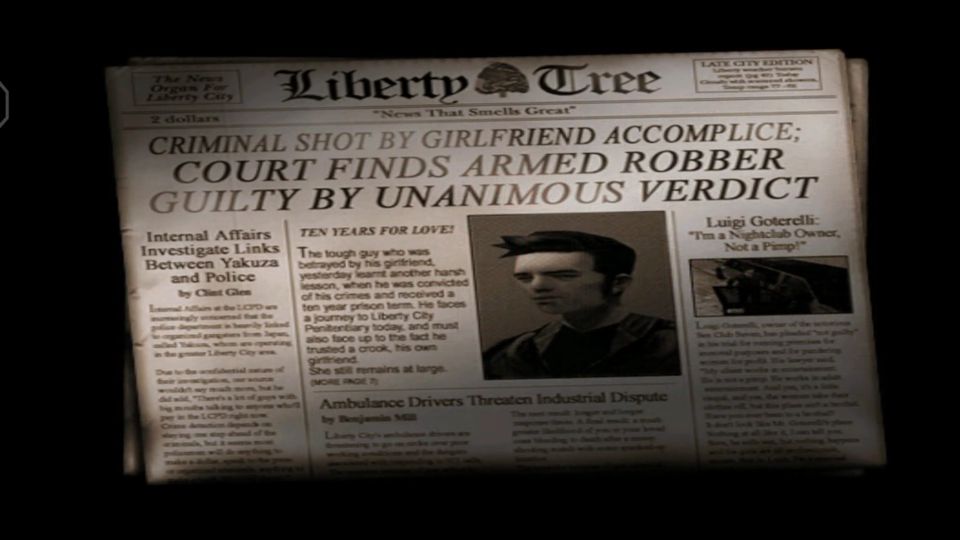 2. Point A. The first task "Farewell, Lord Godfather" has many ways to kill Salvador. One of them is that Claude stands at the back door of the club with a gun and waits for Salvador to come out. This kind of gameplay will trigger Salvador. Walk out directly from the front door, that is to refresh another place where you can’t see

3. In the second mission at point A, Asuka asks Claude to kill the killer of the Lyon family in Staunton, at least in the subtitles, but in the dubbing it is said to be the killer of the FBI. This is the work of R star Room's major negligence when dubbing the character

4. When Maria and Asuka flee Portland with Claude by boat, Asuka on board will talk to Maria. At this time, if Claude stops the boat and picks up a weapon to attack them, they will directly take out UZI. Crazy output at the protagonist

5. Before the first task at point A, if the protagonist goes to the chatter box radio station in the car, he will hear an interview with Maria. In the interview, Maria tells: I have found a new boyfriend, and the new boyfriend treats herself very much. Indifferent, often silent, only likes to be with a bunch of pure men, I guess everyone should know who Maria is talking about by now. . .

6. The real name of Asuka, the leader of the Japanese gang, should be called Kase Asuka instead of Kase Asuka. Kase was a major negligence in translating the names of the Chinese group.

7. Chatter box radio has a chance to hear an interview with Tony Sipley, the protagonist of the previous GTA.LCS, in which he complains that his mother does not love him, even if he is so filial (this is clearly reflected in the plot of LCS ), and after the protagonist called Tony’s full name, Tony would be furious that the host was a member of the Liberty City Police Department, and he also monitored his phone, because Tony didn’t give out his name in this interview, but just said Mr. Tuo claimed. . .

8. The first task of the R point'JB Flames' was originally translated as'forever silence'. Now this name is the Chinese version of the patch ∵. JB Flames was originally a line from Ray in the quest cutscene (Leon Mack That guy Ivory! Earn more black money than anyone else! Now he wants to be a taint witness to exonerate himself! I'm so angry that I'm angry!), because the translation is too weird and I was noticed in the post bar.

9. The second task at point R requires us to completely solve Leon McAverly on the ambulance. The protagonist takes the car to hit the ambulance and the ambulance directly abandons Avery's body on the road is laughable, and The purpose of this is very hidden-the moment the protagonist hits the ambulance, you will hear the radio yelling, "Attention, all units, the suspect has bitten the hook!" 'It can be seen that Avery is just a bait set by the Liberty City Police Department to seduce Crowder. After being fooled, Avery has no use value and can be thrown away.

10. The same task as above. If Crowder can drive an ambulance into the sea with a powerful impact vehicle, not only can he quickly achieve the mission goal, but he can also see the subtitle saying: Avery is drowning!

11. At the beginning of the game, the Colombian gang hijacked the prisoner car on the Kalahan Bridge to rescue the used chess piece "Oriental Gentleman". The reason for the arrest of the Eastern Gentleman was that he arrived in Liberty City without having a legal document, that is, smuggled to Liberty City.

12. The K-point mission promulgator, Kase Kenji, was killed by a Colombian sniper at the beginning, and then Claude avenged him. The official version came to reflect that Claude had no feelings for money as a ruthless killer. Image, changed Kenji’s method of death to Donald and asked Claude to drive a Columbian vehicle and hit him to death in the Newport multi-storey parking lot.

13. During the mission to kill Kenji, Donald said to Claude, "Nothing can stimulate the profit of real estate development projects more than gang fighting, except for the outbreak of the plague." This sentence was Donald’s teacher in 1986. Sin City’s real estate magnate Avery Carrington said the same to Tommy, except that in 1986 it was aimed at the Haitian and Cuban gangs, and in 2001 it was aimed at the Colombian and Japanese gangs. 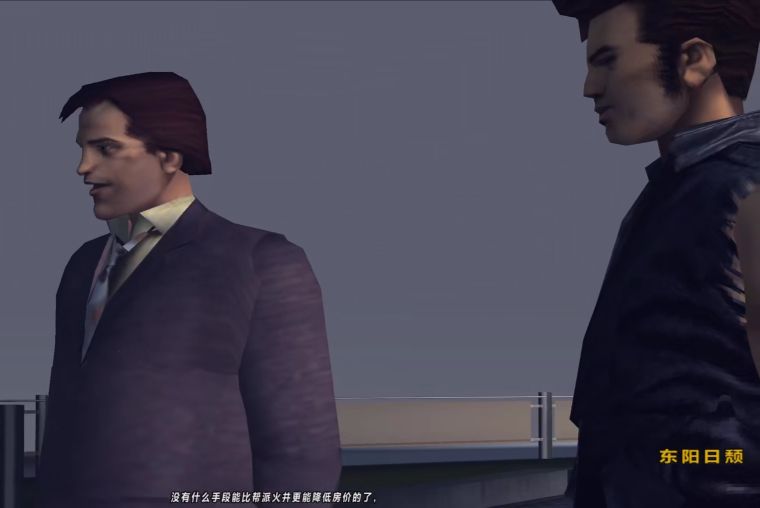 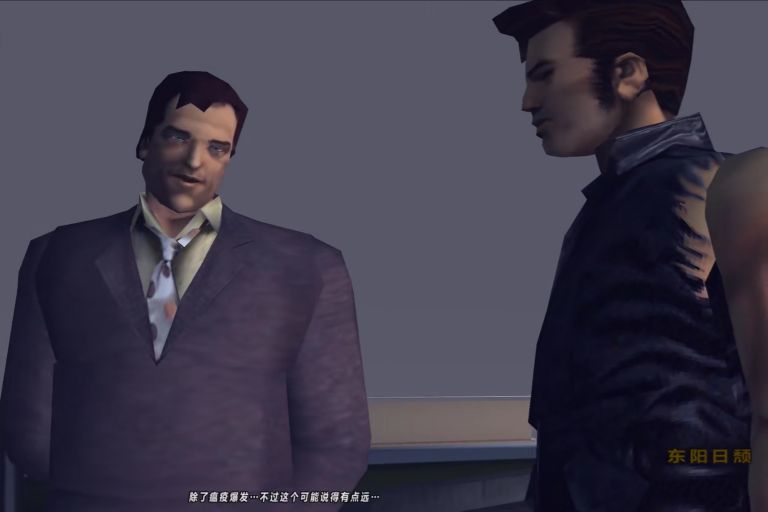 14. In the mission to kill Kenji, if you kill all the Japanese gang members present, the mission will fail, and the system will prompt "How can you provoke a conflict without witnesses?", because the purpose of killing Kenji is to provoke. The conflict between the Colombian Gang and the Japanese Gang

15. The characters circled in the GTA3 poster have never appeared in the game plot, they were added by the R star himself when he was idle. 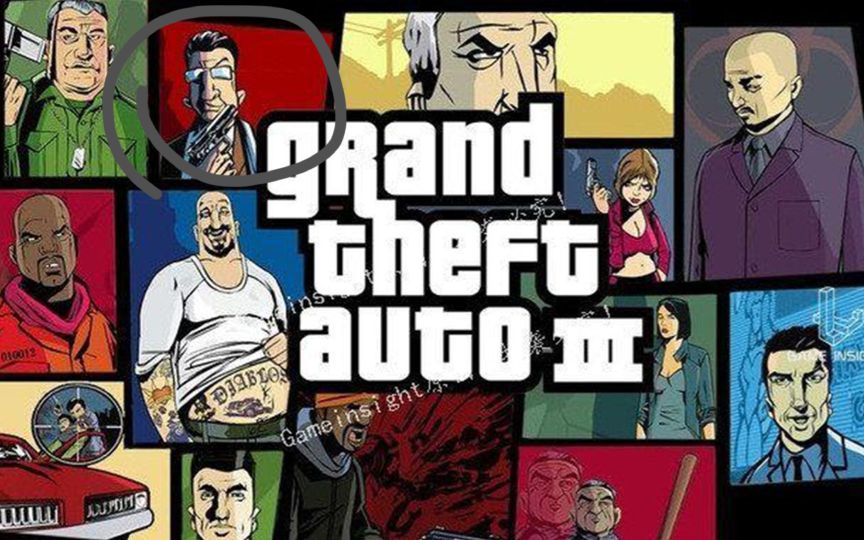 The unknown things on GTA3 radio 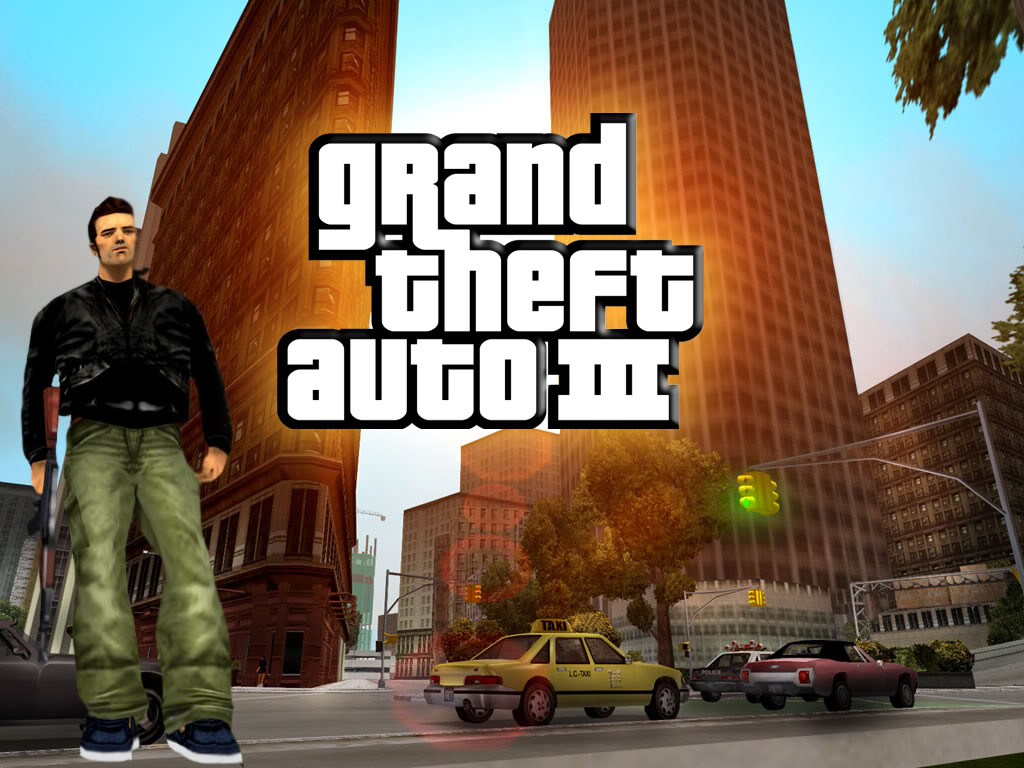